Craving a Cupcake? Head To These Redmond Bakeries 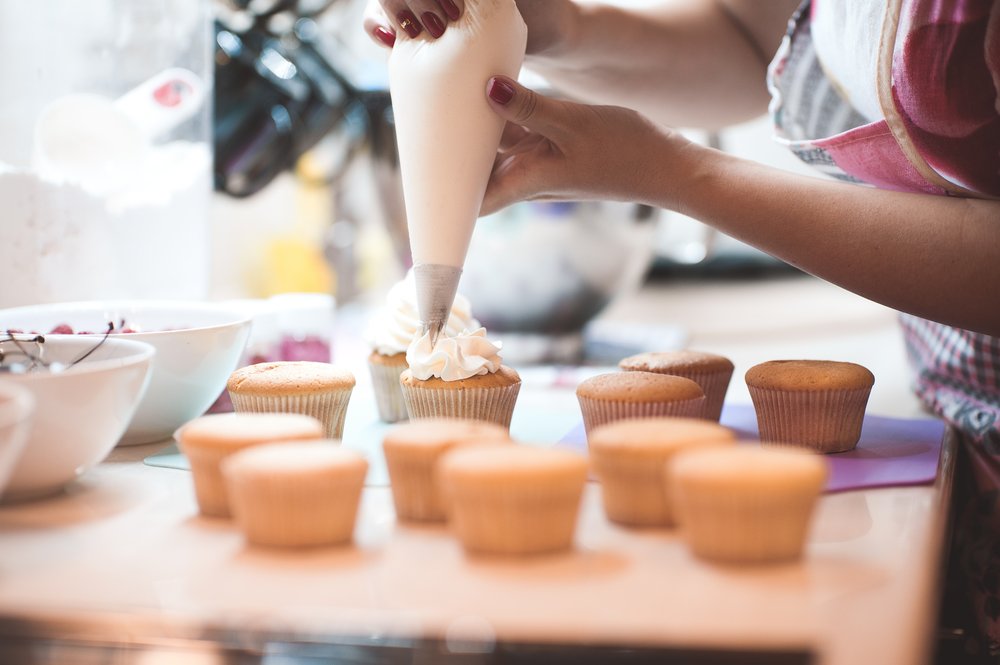 Whether you like them creative and topped with bacon or classic with a simple and covered in sprinkles, you can find the cupcake you crave at these bakeries near Redmond.

Margo Jarvies Enberg began baking with her mother and grandmother as soon as she could recite the alphabet. She became obsessed with cupcakes and later made them for her friends' weddings and baby showers. It wasn't long before her creations became popular. Margo decided to open a bakery, and that's how PinkaBella Cupcakes was born. The flavors are made in small batches from the finest, freshest ingredients. Choices include chocolate malt, cranberry orange, and root beer float.

A local favorite since 2008, New York Cupcakes is like visiting Grandma's kitchen. Owner Lisa Waxman Johnson started dreaming about owning a cupcake bakery as a child. Years later, when she noticed one for sale at Bellevue Square, she knew that she had to become the next owner. Today, the bakery calls a new location home and features a charming setting with pink walls and a black-and-white checkered floor. Flavors include triple coconut, honey lavender, and French toast & maple bacon.

Called Seattle's most celebrated cupcakes, Trophy believes that every day should be a party filled with exquisite treats and colorful confetti. Co-founder Jennifer Shea began winning awards for her baking at the age of eight. She's passionate about creating decadent desserts and tops each cupcake with hand-piped buttercream and rich French sprinkles. Flavors include vanilla chocolate, salted caramel, and lemon cream pie.

Along with these cupcake bakeries, our Redmond, WA apartments are also near world-class museums and fun outdoor attractions. To become a resident of our vibrant community, please contact us. We would love for you to see firsthand all we have to offer.